Harlan, KY  Charles Baker and Jeff Wilson have a lot in common. Second and third-generation coal miners, respectively, they both believed their jobs would last a lifetime. With four children ranging from six to 19, Wilson had spent over a decade underground. A father of two, ages 13 and 18, Baker had accumulated over 20 years in the industry. “It is all I’ve known,” he said.

Yet following the well-publicized Black Jewell bankruptcy and abrupt layoff this summer, Baker and Wilson found themselves at a crossroads.

They watched as many of their fellow workers drove long distances or moved their families out of state to find jobs in other mines and wondered if those would be their only options. “That’s pretty much all you’ve got around here,” said Baker, “drive or relocate.”

Then at an executive meeting for displaced miners at the Harlan County Courthouse, both men met Erica Farmer, a recruiter for Southeast Kentucky Community and Technical College. They learned about the college’s advanced manufacturing programs and decided to enroll.

Incredibly, although both men are from Harlan County and worked for the same company, they had never met until this fall when they began taking classes at Southeast. Baker, who hails from Ross Point, worked in Virginia as a section foreman. Wilson, who lives in Bledsoe, worked in Cumberland as a roof bolt operator.

By the end of fall semester, Baker and Wilson each will have earned two certificates in Computerized Manufacturing and Machining. While these new credentials will make them more employable, neither plans to stop there. They have enrolled in spring classes with the intention to continue until they earn an associate degree.

“It has been a pleasure working with these men this semester,” said Mike Carmack who directs the program.  “They have exceeded all my expectations.  They display great work ethic, and they will be a great asset to any employer who hires them.”

The bills continue to roll in, but both men say that college has been well worth the sacrifice. “It’s tough,” said Baker. “We have cut back a lot, but we manage to get by.” In addition to Federal Pell Grants, they rely on the Harlan County Community Action Agency to fund their education and support their families.

When asked what advice they would give to others in their situation, they barely contain their enthusiasm for the college and the program. “Starting out, this was way outside my comfort zone,” said Baker. “But Mike Carmack is an excellent instructor, and he gives his students the confidence to learn a new skill.”

According to Southeast President Vic Adams, over 100 dislocated miners have received services from the college this semester alone. He attributes that number to the strong relationships the college has developed with local business and industry. “We partner with local business leaders to identify their needs, and we offer programming in those areas,” said Adams.

Students can earn a fast-track credential, and while many choose to return to work quickly, they can still pursue additional certificates that may be stacked or applied towards a degree. “This place gives you options,” said Wilson.

One thing that is not an option, however—leaving the area. For Baker and Wilson, connections to family, the community, and the mountains take priority. Fortunately, highly skilled advanced manufacturing jobs are becoming more available close to home. “I knew that relocating for me would be the absolute last resort,” said Wilson. “I plan to stay here from now on,” said Baker.  “But I’d hate to have to spend rest of my life running down a job.” Thankfully, he won’t have to. 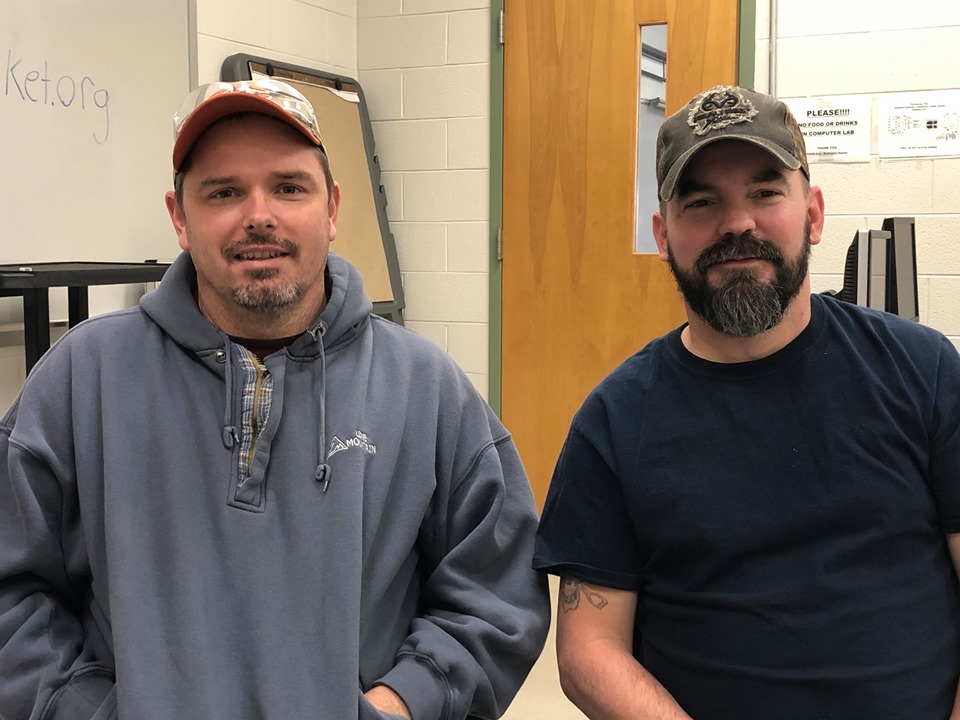 (From L: Jeff Wilson and Charles Baker have completed two credentials in Computerized Manufacturing and Machining.) 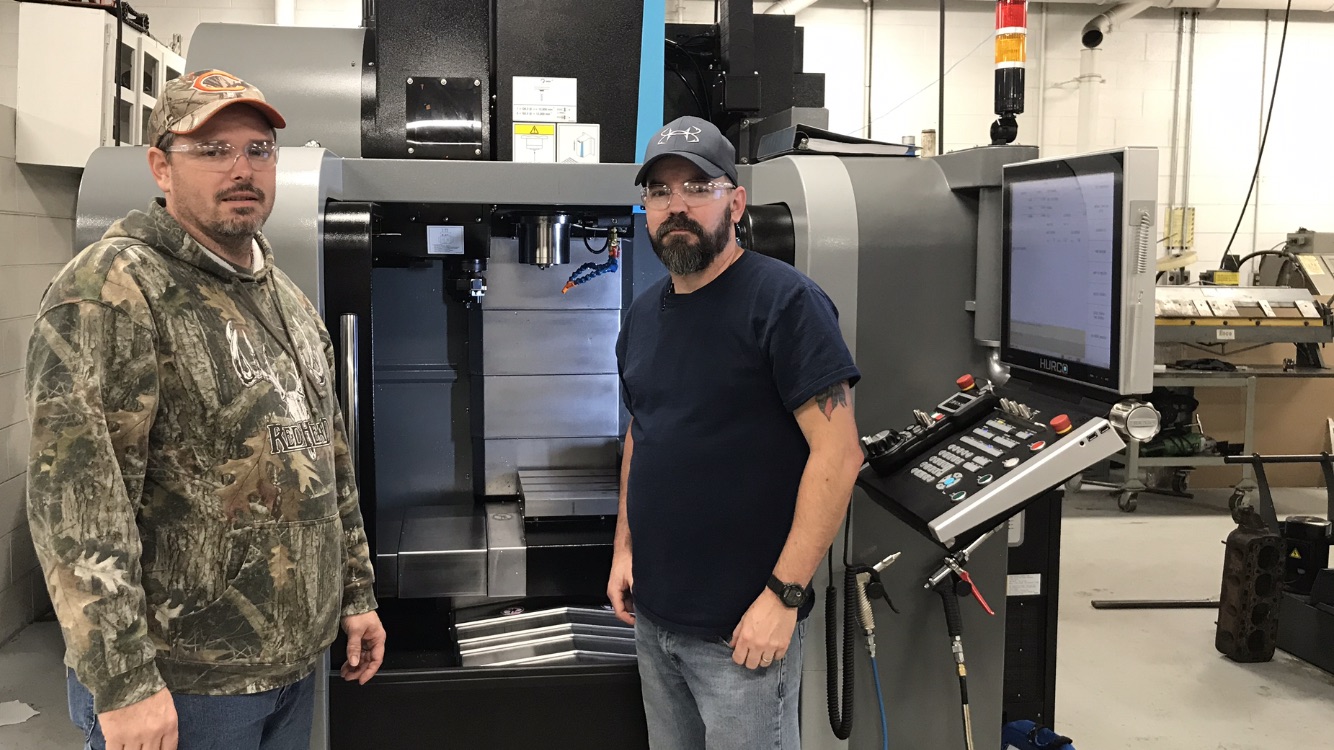 (From L: Jeff Wilson and Charles Baker have found a new path in the college classroom.)