Cumberland, KY – Southeast Kentucky Community and Technical College will hold its annual celebration in honor of the life and work of Dr. Martin Luther King, Jr. at 11:00 a.m. Saturday, January 14 at the Benham Schoolhouse Inn.

This year’s guest speaker is the Rev. Ronnie Hampton who was born (1951), raised, and still resides in the City of Lynch.  He attended West Main school through the eighth grade and graduated from Lynch East Main in 1969.  Afterwards, he attended what was then known as Southeast Community College as well as Clinch Valley College, now known as University of Virginia’s College at Wise.  He was married to the late Deborah Hampton for 49 years, and this union was blessed with four daughters, Anita, Mavis, Briana, and Adriana.

In 1972, Rev. Hampton began his mining career with the United States Steel Corp and continued through 1979 when he transferred to the Kentucky Department of Mines and Minerals, Harlan District, as a Mine Safety Analyst.

His efforts resulted in promotions to accident investigator, mine inspector I and II, and he eventually retired in 2009 after 30 years as district supervisor.  While employed with the Office of Mine Safety and Licensing, Hampton graduated from the Governor’s Minority and Management Training’s Fifth Class.  In 2010, he received the Man of the Year award from the National Mine Rescue Association of America Post 2.

Hampton’s leadership grew as he became the first Black mayor of his hometown, the City of Lynch, and the second Black mayor in the Commonwealth of Kentucky.  He was recruited to be on the leadership committee “Fireplugs” at Berea College, and he has served on the Board of Trustees at the University of Pikeville, Board of Chaplaincy and the Advisory Council at Harlan Appalachian Regional Hospital, and presently serves as a member of the Advisory Council at SKCTC.  He currently serves as one of the commissioners of the Upper Cumberland Water District, and he has pastored his home church, Greater Mt. Sinai Missionary Baptist Church, for the last 25 years.

This year’s event, which is free and open to the community, will feature inspirational musical selections as well as information on organizations and opportunities to support our community’s future success. The luncheon to follow costs $7 per person, and guests must RSVP to reserve a plate: Sherry Tinsley phone: 606-589-3074 email: sherry.tinsley@kctcs.edu, Tammy Chapman phone: 606-589-3041 email: tchapman0022@kctcs.edu, or Ryland Pope phone: 606-670-2518 email: tpope0008@kctc.edu. 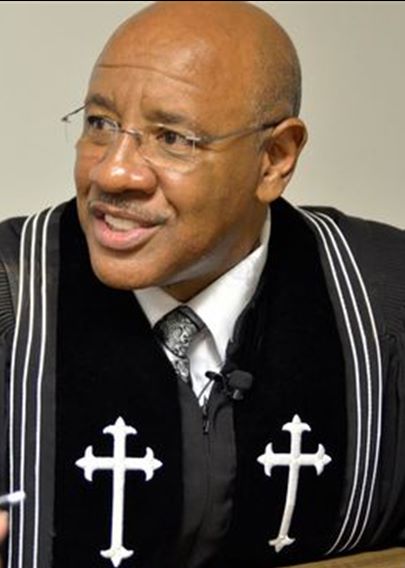