“Having a scholarship established in my name, especially one large enough to benefit multiple students annually at an institution I love, is one of the greatest honors ever bestowed on me,” said Dr. Ayers.

“The scholarship has helped me so much,” said Ally. “Without it, I might not have been able to attend college. Unforeseen circumstances caused my family became a one-income household for a while.”

“My dad was in a car accident in 2017 and suffered debilitating injuries. Spending time at the hospital and seeing the high level of care he received made me realize I wanted to help people,” she said. “God guided me down the path.”

Ally has just completed her second semester in in the nursing program. She enrolled in dual credit courses while at Bell County High School, allowing her to earn enough college credit to enter the program after only one semester.

“Right now, I’m the youngest student in my nursing classes,” she said.

According to Dr. Melissa Humfleet, Southeast’s director of nursing, Ally is a natural fit for the program. “She is very attentive in class and clinicals, and she is super motivated to learn and excel,” she said.

As for Ally, she says she simply loves to live a life of service.

“I just love helping people,” said Ally. “I really do. At Bell County High School, I was in a community Interact Club, a chaperone for mission trips in Puerto Rico and Costa Rica, and a volunteer for Make-A-Wish kids in Florida.”

The daughter of Brandon and Cindy Wilder of Brownie’s Creek, KY, Ally lives at home with her parents and younger brother Mason, a freshman in Bell High. 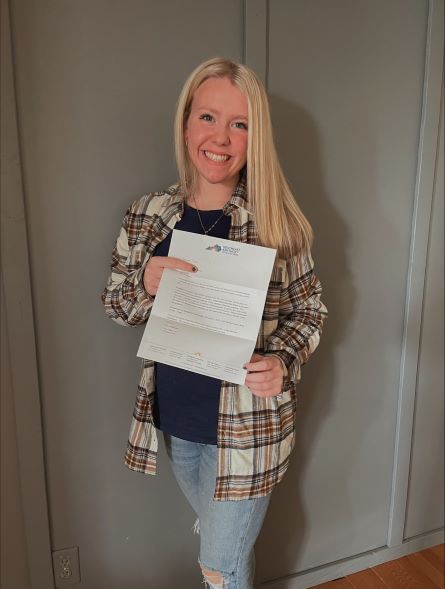