Cumberland, KY -- Last month, the National Council for Marketing and Public Relations (NCMPR) awarded its Bronze Medallion to Southeast Kentucky Community and Technical College for a video series designed to inspire young women in central Appalachia. Dakota Saylor, who has worked for the College since 2021, led the project in collaboration with the Women's History Month Committee, chaired by Associate Professor of English, Jamie Jones.

Dakota filmed, edited, and helped the Committee craft the short, featured films the College produced for its virtual celebration of Women's History Month. The project was a collection of live biographical narrations and monologues of historical female figures who helped shape and/or continue the march for women's equality and rights.

Ryland Pope, who chairs the Diversity Committee, said that "Dakota is a wonderful friend, a fantastic colleague, and an extremely talented artist. Dakota's skills are on full display in the opening credits of each video; he masterfully crafted the action and sequence of each frame, linking the historic colors of the women's suffrage movement as a motif for each film.”

“I'm thankful to have worked alongside Ryland and the committee on this project,” said Saylor. “Without their dedication and passion for the historical figures we highlighted, we wouldn't have been able to produce a series that both informed and entertained viewers.”

Originally from Wallins Creek, Ky, Saylor graduated from Berea College with a BA in communications and a minor in broadcast journalism. He worked in production at WYMT where he filmed and edited commercials, helped with live broadcasts, and operated live cameras for the Game of the Week football/basketball games.

In 2019, Saylor recorded a live album full of original songs, "Live from Red Barn Radio," on the esteemed Red Barn Radio show in Lexington, Ky. He was inducted as an "Artist in Residence" at the Kentucky Music Hall of Fame by Listen Locally during the 2020 season. He frequently collaborates with Harlan County musicians, including Kudzu Killers (filling in occasionally on bass and filming/directing their music videos), and Tyler Smith, and he has co-written and produced music with up-and-coming singer/songwriter Cody Howard.

The grandson of Raymond and Donna Cox of Wallins Creek, and Dannie and Ruby Saylor of Coldiron, Ky, Saylor joined the marketing department at Southeast Kentucky Community and Technical College in 2021. His parents are Dannie and Tonja Saylor of Rose Hill, Va. Last year he married Leah (nѐe Hollins.)

“I'm thrilled that NCMPR recognized this project, and I’m excited to see what our future collaborations will look like,” said Saylor.

According to Pope, the Women’s History Month project is ongoing, the “first wave” of a continuing education program for the College. The first series garnered positive feedback from the community as well as ideas to help the group design future efforts.

“The SKCTC Diversity Committee looks forward to working with Dakota on future projects," he said. 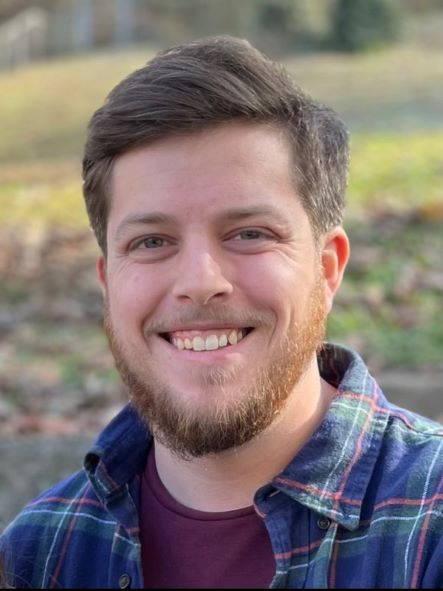