At the popular Southern Kentucky Book Fest, which is one of the state’s largest literary events, approximately 75 authors are expected to appear and sign their books. The event will run from 9 a.m. to 3 p.m. CT.

Vaught, who has been at Southeast Kentucky CTC in Middlesboro since 1991, has covered UK’s hoops program since his early college days, including the team’s Final Four appearances in 2012 and 2015.

While a college student at UK during the late 1970s, Vaught served as a sportswriter and sports editor of Kentucky Kernel, the campus daily newspaper, before graduating with two degrees – bachelor’s in accounting and MBA (master of business administration). During the 1980s and early ‘90s, he worked for The Cats’ Pause as a sports columnist where he wrote for 13 years. Vaught, who is also a photographer, is the founder and editor of growing KySportsStyle.com Magazine, which was established in 2014.

Vaught, who grew up in Science Hill, Ky., is a graduate of Somerset High School where he began his future career in sportswriting. He and his wife, Deanna, live in Middlesboro and they have two children, Janna and Warren.

At Southeast, he teaches accounting, business and management while serving as a journalism advisor for the campus newspaper. 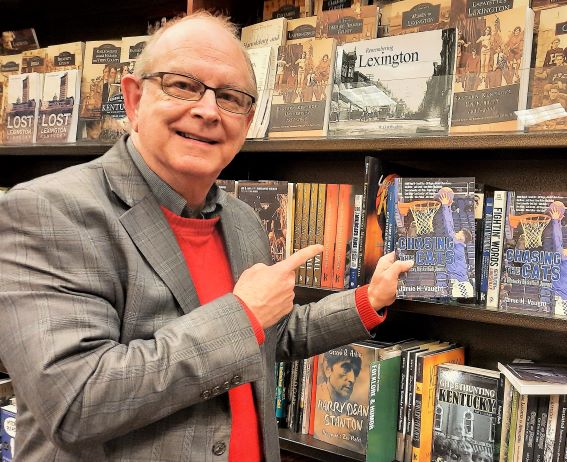