Harlan, Ky -- Tara Dewees never believed she would fall into the trap of substance abuse. A native of Harlan County, she was raised by a single mother who battled addiction.

“Watching her struggle—I was always so against it,” said Dewees.

As a young adult, Tara earned an associate in arts from Southeast Kentucky Community and Technical College. The single mother of three enjoyed a stable, fulfilling job as a homeless case manager at a local agency in Harlan.

However, a peer introduced her to methamphetamine, an event Tara called a “game changer.” In only a matter of weeks, she had lost everything.

“I was homeless. I lost my children, my car, my job. I literally had nothing. Drug addiction now controlled my life,” she said.

A turning point came when she was 25 and facing a 10-year prison sentence. The judge offered her the opportunity to attend Harlan County Drug Court.

According to Tara, “I was hopeless and scared. I was going to miss out on my kids growing up. I decided to give drug court a try even though I honestly at first used it as a get-out-of-jail-free card and had no true intentions of putting any effort into the program.”

Fortunately, that program helped Tara turn her life around.

“Something clicked, and I gave it to God and it worked. I have now been sober for seven years!” she said. “I completely give Harlan County Drug Court the credit because they believed in me when I didn’t believe in myself.”

It also introduced her to a new opportunity at Southeast: the Recovery Coach Certificate program. While she knew she wanted to help others in recovery, she said she was scared to try something new. She reached out to Southeast employee Erica Farmer-Miller, and the rest, as they say . . . .

“There aren’t words to describe the impact that Erica has had on my life,” said Tara. “When I tell you that she's been with me every step up of the way from first enrolling in courses at Southeast, to any questions that I have now as I am about to graduate from Lindsey Wilson Human Services and Counseling program, she has truly been with me every step. She saw my potential when I could not.”

In May 2020, Tara earned a recovery coach certificate from Southeast, and she plans to graduate with a bachelor’s degree from Lindsey Wilson in May 2022. As a peer support specialist with Addiction Recovery Care at Hazard ARH, she works with patients who suffer from substance abuse disorder.

“Southeast changed mine and my children’s life,” she said. “I was working at Rax before graduating, struggling paycheck to paycheck to make ends meet. I now have a career that my children can be proud of me for.”

These days, Tara counts her blessings. She lives with her children Heaven (15), Kaylee (13), and Hunter (9), and she recently married in October.

“There were so many days I prayed for a complete family,” she said. “Thanks to my sobriety, my children not only have a mom but also a dad that they can depend on. I am just so blessed!”

When asked what advice she would give to someone else struggling with substance abuse disorder, Tara said, “Reach out! It is not a disorder that you are supposed to defeat alone, and for so long that is what I thought. We are blessed in our community to have so many people who care.” 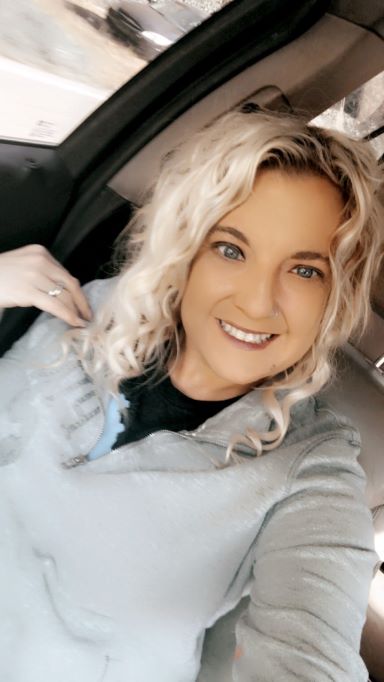