Despite significant obstacles posed by the pandemic, Southeast’s Higher Ground program delivered its 9th original musical drama in spring 2021 to over 300 audience members. Shift Change: A 2020 Vision used story and song to process the events of 2020, including an exploration of the community’s response to the COVID-19 pandemic, Harlan’s African American history, and the role of law enforcement in the community.

According to Musical Director Ryland Pope, “Higher Ground was one of few theatre companies in the country that was able to successfully mount and produce a work of this scale during the pandemic.”

The production process was, according Director Brandon Jent, “a complete community effort.”

Higher Ground participants drafted a script based on 100+ local interviews collected virtually by Southeast students in 11 classes. Over 60 community artists were involved in playwriting, technical support, and performance. In addition, 3 professional guest artists from Atlanta, Chicago, and Louisville were in residence during this process. Twelve local artists assisted in various music and production roles.

This collaborative effort culminated in a COVID-safe hybrid performance format, where some roles were pre-recorded and projected onto a screen while live cast members acted, danced, and sang, socially distanced and wearing masks, for Higher Ground’s first fully outdoor production.

Director Kate Handzlik says that those unable to attend the live production will have the opportunity to enjoy a digital version this fall.

“Shift Change was recorded by two local videographers, and in partnership with Harlan Tourism, Higher Ground will debut a virtual release in the coming months,” said Handzlik. “We will announce public premiere dates soon.”

Anyone interested in becoming involved in future Higher Ground community performance projects should contact Ryland Pope at 606-589-3030 or tpope0008@kctcs.edu. 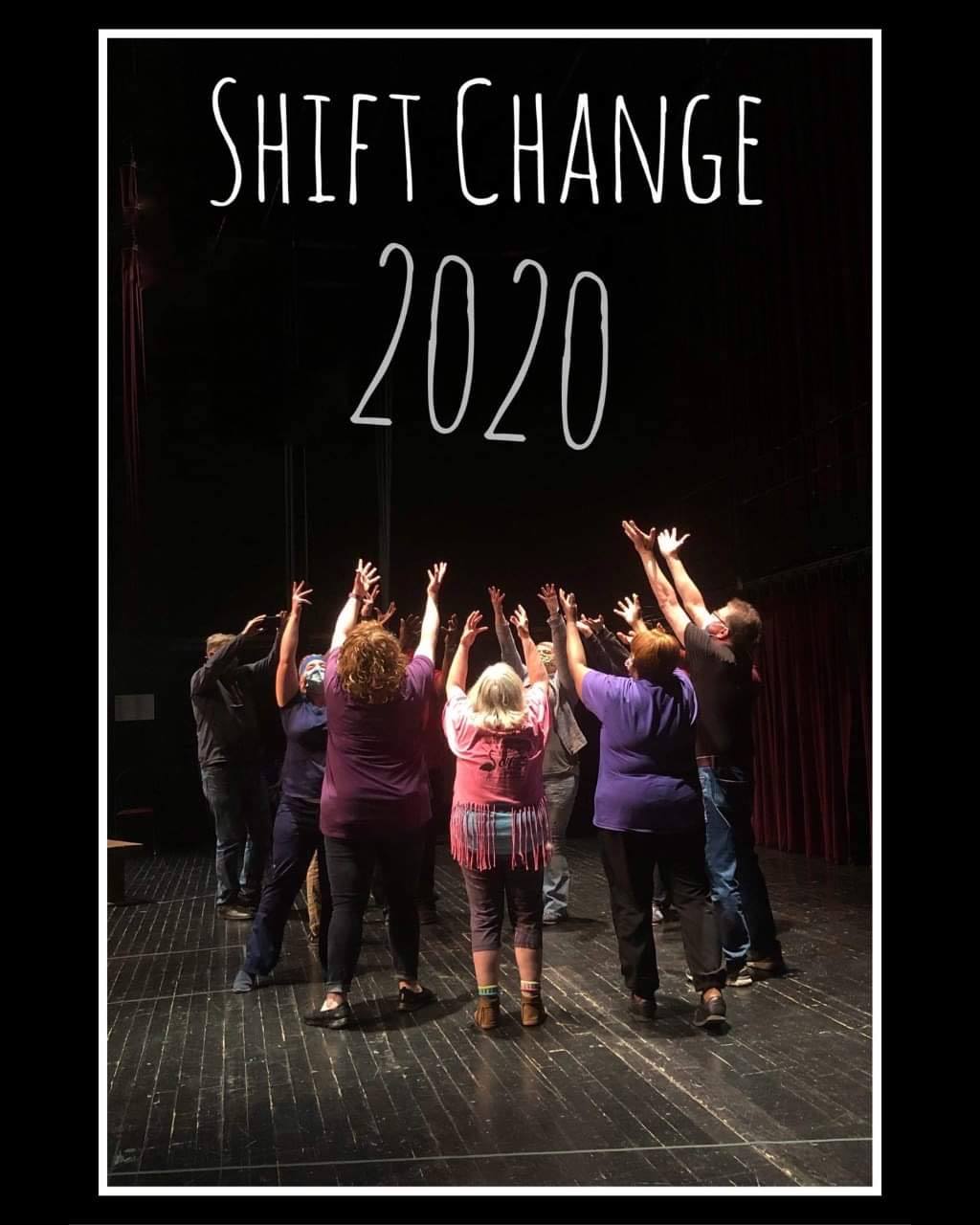 Organizers say that the support given to Higher Ground from Southeast and its administration over the past year has helped make the 9th installment a success.